The Why of Heritage of Research In the Company of Dr. Rajeeva Nrupathunga

HRET (Heritage Revival Educational Trust) was founded by Dr. Rajeeva Nrupathunga in 2013. This young history enthusiast has been working with a number of committed volunteers in Southern Karnataka. The volunteers include Prashanth, Hariharasudan, D. A. Santhosh, Sirish Chandra, Narahari Bharadwaj, Veena Urs, Neha, Sanjay and Sashank B. Patil. Rajeeva was conferred the 'Vishwa Kannada Kanmani Award' at Dharmasthala. A number of publications have written about the good works done by Rajeeva and his team. Journalists, Rohit and Divya J. Shekar are the foremost among them. His team has created three records - Youngest Research & Social Awareness Team by Wonder Book of Records (2015), Global Book of Records has recognised the making of 50 Research Papers in 4 years and also the Indian Archives Record.

Who is Dr. Rajeeva and what did he do to deserve so much in a short span of time?

He was born to B. P. Suchithramma and Nrupathunga. Rajeeva trains 16 and 17 year old students in heritage awareness and research. His work has got him an Honorary Doctorate. The Kannada speaking Rajeeva belongs to Hunsur in Karnataka and his Kula Devata (Family Deity) is Lord Venkateswara of Tirupathi. Rajeeva was teaching at a school after his PUC (part-time). He used to visit places during those days and this helped him to acquire interest and knowledge about the heritage of the region.

“I was surprised to notice a lack of awareness with regard to local history and heritage. People were not in a position to understand their own heritage. I wrote a number of letters to the concerned departments. However, these letters did not elicit a reply. This made me launch my own initiative. Finally, I joined the Oxford Group of Institutions in 2013. A set of young students were told about the poor condition and the lack of awareness. They came forward and joined me immediately. These people started writing articles about heritage places and also looked into cultural heritage. We came out with a booklet, 'Parampare' in English. This consisted of 37 regional places. These were unknown to the people. The reception was good. This led to the book on the village called 'Sarakki'. It was followed by a video documentation of the village. Many hero stones were excavated from the village and they are being preserved. The village is located in the Bengaluru South Parliamentary Constituency and it has declared itself as a 'Model Heritage Village,’” stated Rajeeva. Rajeeva and his team started to hunt for inscriptions. It was the British Officer, B. L. Rice (1837 - 1927) who had recorded numerous inscriptions. The book, ‘Epigraphia Carnatica’ edited by B. L. Rice contains the details. Rajeeva and his friends tried to locate the inscriptions but many of them had been destroyed due to real estate development. They could just locate 40 out of the 175 in Bengaluru. They discovered new inscriptions during their quest. The group did some work in Hebbal at Bengaluru in 2018. Work had to be done by the volunteers for the village believed that God was in the inscriptions! Hero stones were found near the inscriptions. These were then preserved. Interestingly, the group discovered an inscription with the seventh century Kannada font. It belonged to the period of the Ganga dynasty. According to the inscription, the village had been known as Perbholalnadu and it became Periyahalla, later, Hebbahalla, thus became Hebbal in the course of time. This discovery created history, for it was the oldest inscription to be discovered in Bengaluru. Hebbal had been the headquarters for 30 villages those days. The inscription belonged to the period of the Ganga ruler, Sripurusha (726 - 788 AD). This was at the time when the Rashtrikutas and Chalukyas were at logger heads with each other. The Gangas had been the feudatories of the Chalukyas.

The village had faced an attack. This had been an onslaught on the Gangas by the Rashtrikuta subordinates. Village heroes had protected the village. One ‘Kittaiya’ was the only named hero. Today, ‘Kittaiya’ is now the first documented person of Bengaluru. Now, the public have begun to protect the place. A Mantapa has been created, and today the inscription is under protection. This was followed by the discovery of the ‘Yechenahalli’ inscription. The epigrapher, Dr. P. V. Krishnamurthy converted this into English & contemporary Kannada. It is connected with the local lake and is now being preserved in a nearby temple. The team has done a number of other documentaries in addition to the one on ‘Sarakki.’ Rajeeva spoke about the other interesting discovery connected with the world war,  “One day, I was travelling in J. C. Nagar and happened to see a monument in the middle of the road. They said that it was a common pillar. I went near that and understood that it was about a troupe connected with the Mysore Army. These soldiers had participated in the world war and sacrificed their lives. I searched for the papers and was happy to see the details. It was connected with the Mysore Lancers who had fought on behalf of the British troops. They had the Jodhpur and Hyderabad Lancers for company. The war was with the Ottoman Turks and it was on behalf of the British. There were machine guns with the Ottoman Turks but the Mysore Lancers had just lances. Still, they passed through Mount Carmel territory, silenced the machine guns, and fired back on the Ottomans.

The Haifa Gate got opened and 400 years of Ottoman Rule came to an end. Israel got created in 1948 and this event was made part of the syllabus thereafter. The people of Israel celebrate the ‘Haifa Day’  (23/9/1918) on the 23 September each year. Even Delhi has a monument and it is celebrated each year. Then why not Bengaluru? We then celebrated the 'Haifa Day'  with a few organisations. These celebrations were later taken over by the descendants of the soldiers who lived nearby. The Karnataka Police took it over thereafter and today, it is a Government protocol function. We made documentaries of this in the interest of the city.” This information was shared to the ‘Commonwealth  War Graves Commission.’ This organisation is meant to look into grave maintenance connected with both the World Wars. Members of HRET visit Government schools and colleges in order to create awareness. They visit private institutions also. Festivals are celebrated and documented by them. They have done a documentary on the ‘Bengaluru Karaga.’ Rajeeva shared some more, “Kappadi in the Mysore region deals with the folklore of Manteswami, a Saint. It is one of the biggest folklore heritages in Karnataka. Our objective is to make people love their heritage. It instils a sense of pride and builds a cultural economy. We understood that there were two Basavannas. One belonged to the 12th century and the other was from the 15th century. The second person is not well known. The folklore artists got mixed up and the historians did not agree. We have solved it now and our documentary has helped. Manteswami was the disciple of the 15th century Basavanna.” This work of Rajeeva and his team made things clear.

Dr. Rajeeva Nrupathunga tells people that heritage awareness is important. He is of the opinion that a country without history and heritage does not have a future. Dr. Rajeeva states that it is important to go to the roots of our culture. This will make the country to prosper in the right direction. "Youngsters should get involved," states this youngster. "They should understand and be aware of heritage, whether they are engineers, doctors, or businessmen." Dr. Rajeeva, further adds, "History of the sub-region, the region, and the country should be known. The connection would help them to feel proud." HRET was recognised as the best out of 180 NGOs and a cash prize of Rs.25,000 was granted to them in 2016. Rajeeva has Nrupathunga as part of his name. He spoke about the great ruler Amogavarsha Nrupathunga (814 - 878 AD), “Amogavarsha was the greatest Rashtrikuta monarch and was among the greatest Emperors of India. He ruled peacefully for 64 years. Many scholars prospered during his reign. They wrote in Kannada and Sanskrit also. ‘Kavirajamarga’ was written then. The great mathematician, Mahaviracharya who wrote the ‘Ganita Sara Samgraha’ prospered under his rule. Amogavarsha was an accomplished poet and scholar. He moved the capital from Mayurkhandi in Bidar to Manyaketa during his reign. Fine buildings were planned for the capital. Arab traveller, Suleiman described Amogavarsha as one of the four great reigning monarchs of the world. He treated all religions equally - Shaivism, Vaishnavism, Jainism and Buddhism. I am happy to carry his name.”

HRET and its leader, Dr. Rajeeva Nrupathunga are keen to continue with their work. They have begun the process of getting associated with Bengaluru University. The group is planning to do a documentary on  the Mysore style of architecture and sculpture. Rajeeva is striving to preserve heritage in Southern Karnataka these days and his work is based on sound reason. 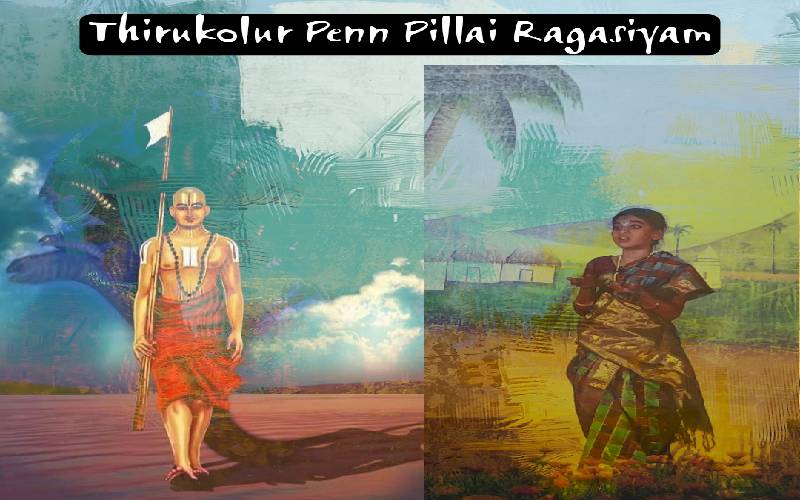